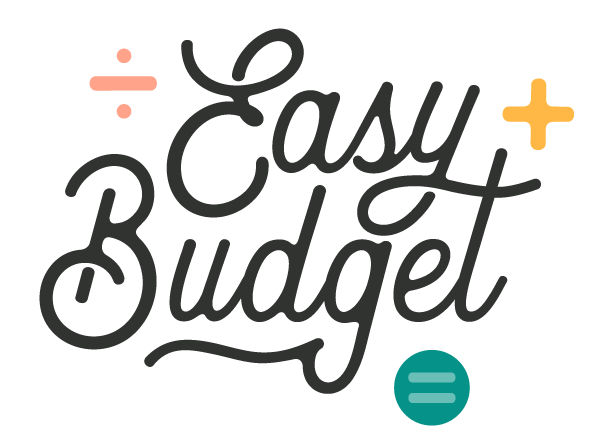 This post may contain affiliate links where I earn a commission, at no additional cost to you, if you decide to make a purchase after clicking on a link. Please see our Disclosure Policy for full details. Thank you for your support!

Did you know you can lower a medical bill with just one phone call? You can. And today I’m going to tell you exactly how I did it for myself and saved $1,400! If you’re wondering if and how you can negotiate medical bills, keep reading.

A year ago I had my third baby and got slammed with some pretty big medical bills. We have high deductible insurance, so I knew they would be big, but the bills were still larger than I expected! When I got them it felt like a punch in the gut. This was really going to derail my plans. If only I could pay less, I thought.

Then I remembered Allison from Inspired Budget wrote a blog post about negotiating and lowering her medical bills.

It won’t work for a baby birth, I thought to myself. But . . . what if? So I brushed up on her blog post, followed her advice, and guess what?

Here’s exactly how I negotiated my medical bill and saved $1,400!

1. I called the phone number on my bill and asked them if they would accept a lower amount to pay the bill in full. I used this script:

In order to complete my request, they had to turn my account over to another bill servicer and set up a payment plan. This is fairly common.

The gal on the phone told me that in order to do that they would have to turn my account over to NPAS and set it up as a payment plan, and then they could handle the lump sum payoff offer. She told me that she would send a note over with my account that had my offer ($3,400) on it. Then, she gave me their phone number and said I could call them in a couple days, give them my account number, and handle it with them. Thankfully she was nice and knowledgeable, so even though I was a little nervous about this, I didn’t have much to lose and I accepted.

I didn’t know this at the time, but NPAS is a popular collection service for medical bills. However, I made sure to check with her that it wasn’t getting sent to delinquent collections, which she confirmed. NPAS is just the company they do their payment plans through, and they would handle the lump sum payoff at the negotiated rate. This did not affect my credit.

This won’t happen with all bills. Many medical offices will just take care of it in-house. But in my case, they wanted to turn the account over to another servicer. I wanted to make sure to include this in this blog post in case this happens to you!

If this happens to you, the key is to communicate! Make sure your account is getting turned over to a reputable account servicer that will help you pay it off in full, nothing will ding your credit, and there will be a $0 balance when all is said and done.

In my case, they were very helpful and made me feel confident this was going according to plan.

2. A couple days later, I called the account servicer with the number I was given to follow up

I got on the line with someone who looked up my account, and used the exact same script as before, making the $3400 cash offer to pay it off in full today. The rep put me on hold for a few minutes and then came back on the line accepting the offer and asking me for my payment information!

I needed to ask a few more questions to the rep first, to be safe. Here’s what I asked:

“Will the remaining balance be sent to collections, or affect my credit?”

“So this bill will be paid in full after I make the payment?”

(Just to be sure. I’d rather be annoying to the rep, but be clear.)

3. I called again a few days later to follow up until I saw the account go to $0

At that time, they were still showing my remaining balance of $1422.19 (as if I had only made a partial payment!). I thought it might take a few more days to clear, so I’d call back in a couple days. That’s exactly what I did, and when I called a voice recording told me “This account is no longer serviced by us.” They gave me a different number to call . . . which was the hospital where I had my baby. I called it, and they confirmed the balance on my account was $0. It worked!

So that’s it! It was so easy, not a headache, not frustrating, and all the customer service reps I talked to were really nice!

You need to have the cash you offer ready to go. Do the math ahead of time to figure out what amount you are going to offer them in cash, and make sure you have it. I paid with a credit card so that if it went south and it was a shady collections company they would not have my bank information. With a credit card, if they ever attempted to collect money I didn’t authorize, I could shut down the card immediately. But I had the cash in my bank account and paid off the credit card right away. Nothing sketchy happened, but I just wanted to be safe.

You can offer quite a bit off the original balance of the medical bill, usually around 30-50%, especially if it’s a larger bill. The worst they can say is no. Then just make another offer. I decided to offer $3400, which was 30% off the original bill of $4822.19. You could try that, or more if you feel up for it! If they declined, my plan was to call back a few days later and try again with a lesser amount off, closer to 25%.

My deductible was still met in full. This birth maxed out my deductible. My insurance company was never notified about what I actually paid on the bill, they took care of the meeting of my deductible, how much they cover, and what’s remaining with the medical facility long before I ever got a bill. By the time I got my portion of the bill, the $4822.19, insurance had already done their part and was uninvolved in the amount that I owe to the medical facility. That’s not their problem! I am not an insurance expert, so it may be worth verifying this with your insurance first, but this is generally how it works.

Is this dishonest? Not at all! I didn’t tell any lies or make up any story about why I couldn’t pay the bill. Medical facilities and doctors offices often have trouble with non-payment, and it costs them a lot. They want their money and they want it as soon as possible. If someone calls in and has cash in hand to hand over to them, even if it’s lower than the amount owed, they are usually eager to get paid! If not, they will just tell you no. But most of them are eager to get their money sooner than later and not risk non-payment!

Communicate like crazy. Ask all the questions, get the names of the people you talk to, get confirmation numbers, follow up with every agreement that is made until the account goes to $0. If there’s anything I’ve learned about dealing with money and medical insurance, it’s to be vigilant!

You can also ask for “cash discounts” for paying for medical services at the time of service with cash.

For example, if you are at the dentist paying for a cavity filling and a crown, and you have to pay at the time of service instead of getting a bill in the mail later, you can ask for a “cash discount.”

Many dental and medical offices are happy to give a discount to anyone who is paying in cash upfront. Sometimes they can’t do this if you are working through insurance, but it can’t hurt to ask, because many still will.

For example, I recently had an orthodontic consult. They told me the cost of the braces would be $6400, but if I paid in full upfront instead of doing the payment plan, it would be 10% off (even if using insurance).

If you have any kind of health share plan, or are self-pay, cash discounts are very common. But even with insurance, it’s still worth asking!

Like I said above, you’ll need to have the cash ready, communicate, and just be brave and see how they can work with you.

Important note: Some places will tell you the cash discount options upfront (like the orthodontist mentioned above), but many will not! You have to ask!

Some time after writing this article I negotiated another medical bill.

My 2-year-old needed a surgical consult for an umbilical hernia and I naively thought it was going to be a free consult. Wrong! A few weeks after the consult I received an unexpected $258 medical bill from their office.

I called in, kindly but assertively explained the miscommunication to the billing manager, and asked if there was anything she could do. I then told her I could pay $150 today to pay the bill in full. I used a script similar to this:

“I really wasn’t expecting this bill and I really wish there had been more transparency about the cost of services up front. I now realize that I should have asked, but I truly just thought it was a free consult that would be covered by insurance and didn’t think to ask the right questions. Is there anything you can do about this? I could pay $150 today to pay the bill in full if that’s something you would accept.”

The gal was super kind and respectful and she told me she would be happy to discuss it with her manager. About 20 minutes later she called me back, accepted my offer and actually brought it down to $148, saving me $110!

She took my payment information, and told me she was adjusting the balance down to $0, so I knew for sure that the bill was paid-in-full after the payment went through.

Are you going to try to negotiate any of your medical bills by offering cash? I hope you do! This will save you so much money and so many people don’t know this is possible!

Huge thanks to Allison from Inspired Budget for her blog post which you can find HERE. It’s where I first learned how to negotiate medical bills and it gives even more helpful details on negotiating and is a must read!

Save this post to your Pinterest so you can find it later! You will have future medical bills and you won’t want to forget this info because it will literally save you thousands!

PrevPrevious PostGet Control of Your Spending with the Cash Envelope Method
Next PostHow to Calculate Your Net Worth + Why You Need to!Next Welcome! My name is Merilee and I’m the creator of Easy Budget. I started this blog to help other families like mine crush debt, budget, manage money, and meal plan like pros!

Everything you find here will be useful, motivating, and always easy. Need to contact me directly? Reach me here! 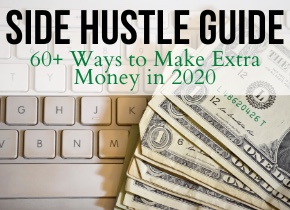 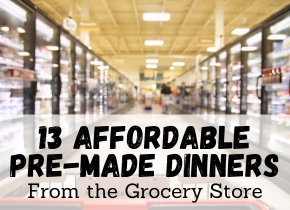 Have you read our most popular posts? 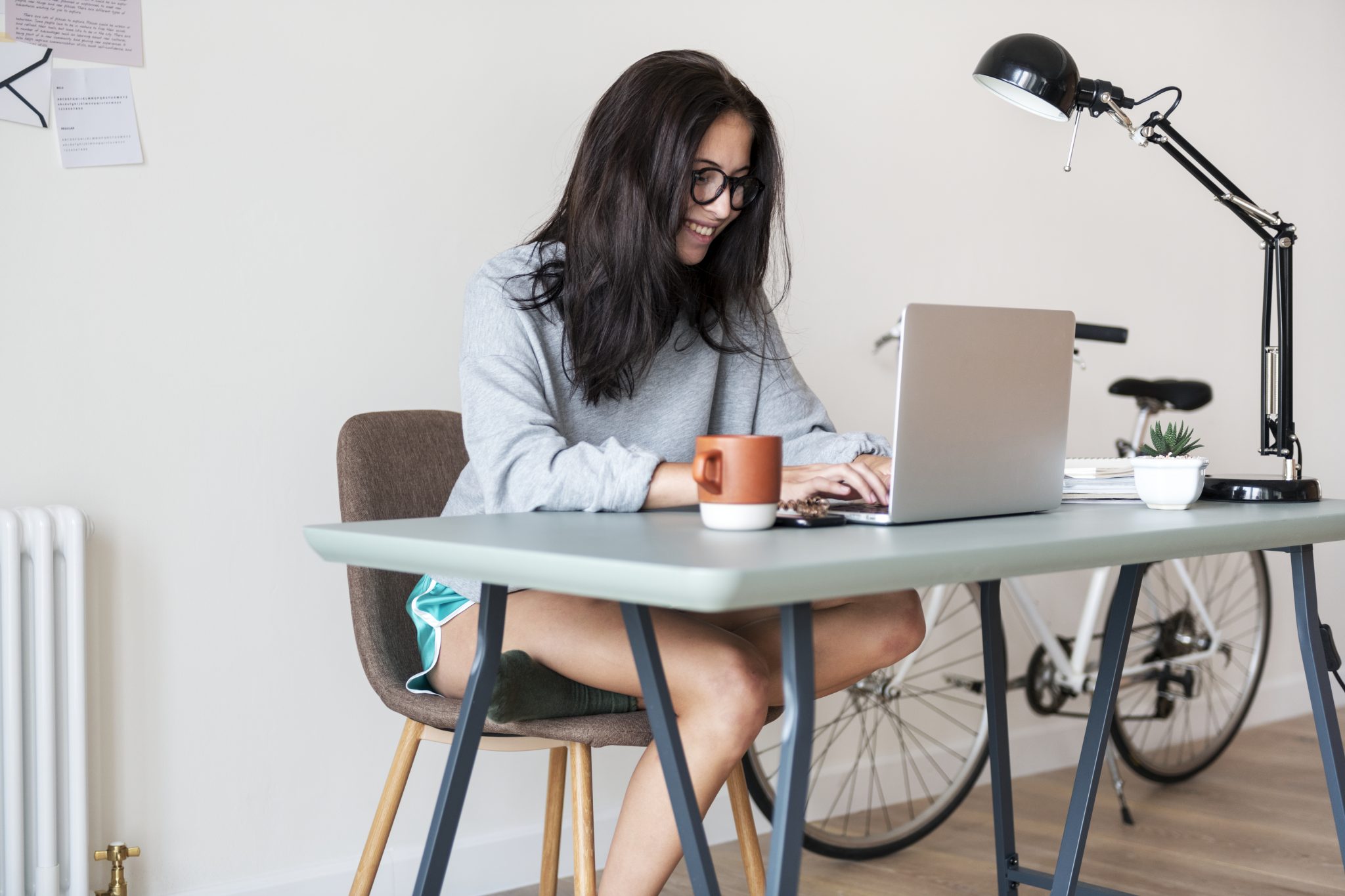 How to Make a Budget: Step-by-Step Guide + FREE Excel Template!